Log in to see your saved listings or edit your searches:

No account? Sign up now to save searches, listings, and get tailored listing notifications. It’s free, opt-out anytime.

Get fresh listings via email, save your favorite listings, match with similar properties, and unlock additional property info.

For anyone with an appreciation for history and natural beauty, New Castle is a true treasure. Surrounded by both the Piscataqua River and Atlantic Ocean, New Castle is a unique island community connected to the mainland by bridges. From any point in the town, residents enjoy majestic water views. As an island, it is a community that been in tune with its remarkable natural environment for centuries, and today residents continue to respect and maintain the delicate balance of nature. 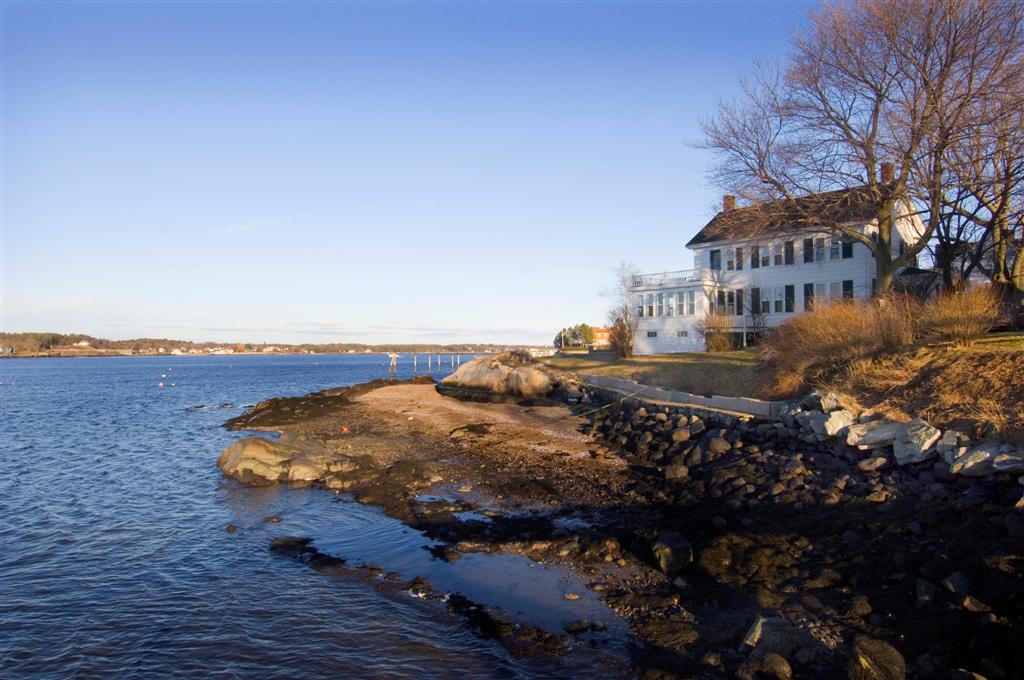 Since 1634, New Castle, originally called Great Island, has played a vital role in America’s naval and seafaring history. What is perhaps most remarkable is how unspoiled the town has remained, while still becoming a vibrant contemporary community.  Today, Fort Constitution is a New Hampshire Historic Site and the US Coast Guard Station continues the celebrated seafaring tradition.

Strolling the quaint streets visitors are greeted by beautiful 17th and 18th  century shingle style cottages and classic capes displaying window boxes of tumbling, brightly hued flowers. The antique colonial homes with shingles naturally weathered by the salty sea breeze, winding streets, boat moorings, and striking oceanfront vistas match up with those of Nantucket, but tiny New Castle has avoided becoming overrun by tourists; the residents pride themselves on the quiet nature of their charming village.

The smallest town in New Hampshire, New Castle has only about 1,000 year-round residents.  As a town it operates in traditional New England Yankee style where the property taxes are kept low, but the important services like the elementary school, police, fire, and public parks are well-funded. It is a traditional community where the residents know one another, greet each other, and rally as a community in support of their own whether it be by attending a little league game, shopping at the annual Garden Club plant sale, or working tirelessly for decades to preserve and revive the historic Wentworth By the Sea Hotel. 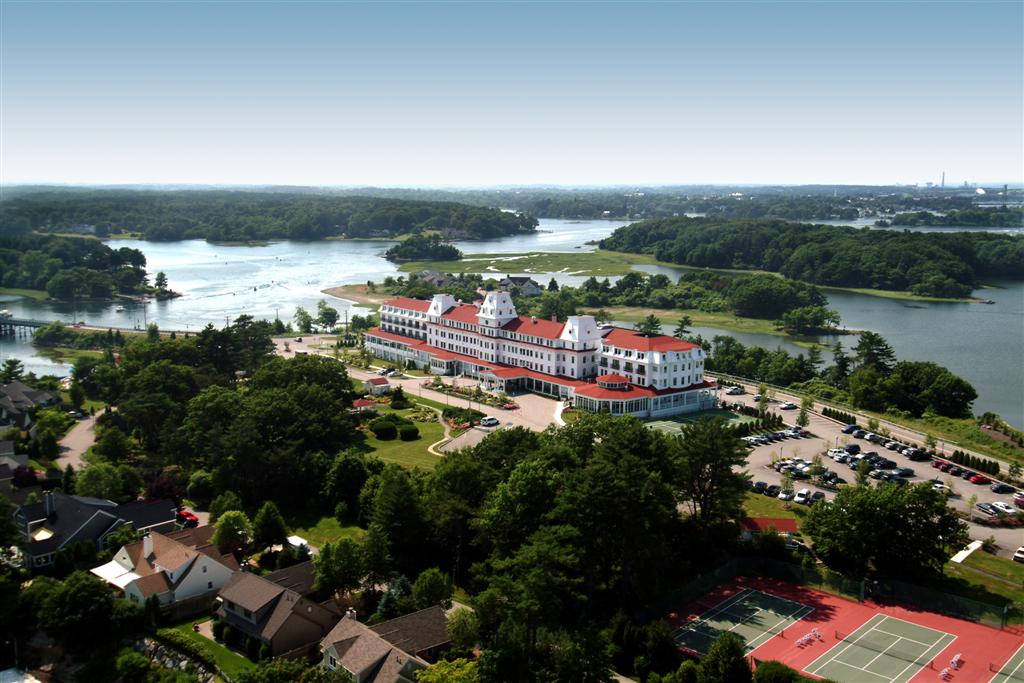 Perhaps New Castle is best known as the home of The Wentworth By the Sea, the grand landmark hotel built in 1874 that overlooks Atlantic Ocean, Isles of Shoals, Little Harbor and the Piscataqua River. Wentworth By the Sea has been a treasured destination for generations and remains as an ultimate vacation spot for those that want luxury, beauty and superior service.

Adjacent to the hotel is the only oceanfront golf course in New Hampshire. The Scottish links, 18-hole championship Golf course has panoramic ocean views and sense of style and history that cannot be duplicated at any price. This magnificent course is still as challenging and impressive now as it was when it was founded over a century ago.  Today, the neighboring Wentworth By the Sea Country Club, just across the bridge in Rye, features an indoor practice facility, fitness center and tennis courts, along with all the conveniences of modern-day living including a fully appointed locker rooms and private dining areas. 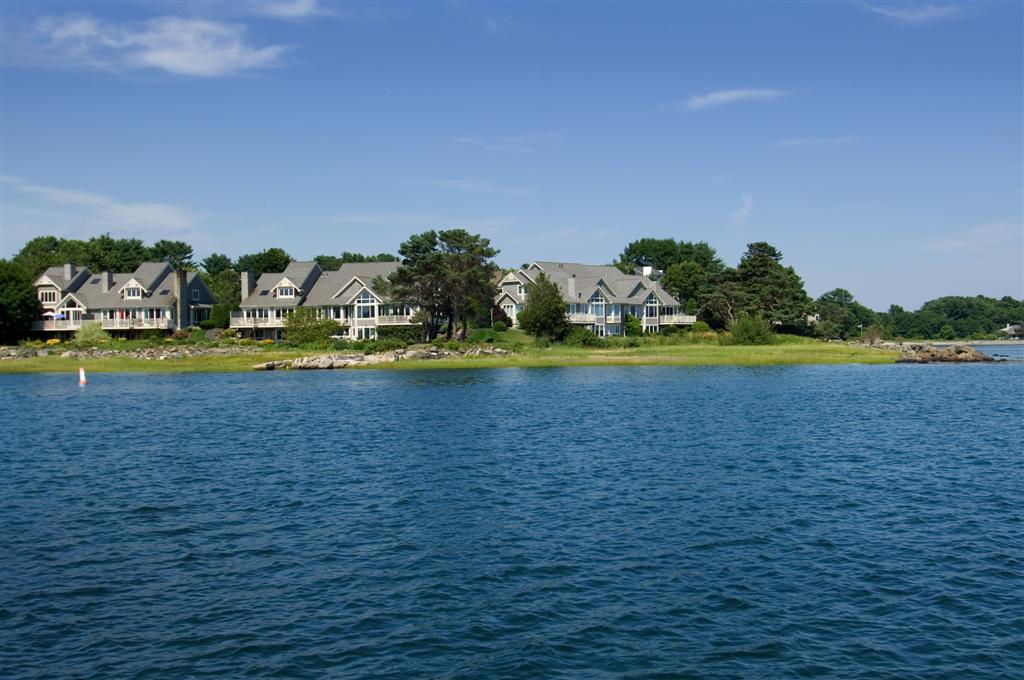 For those that prefer newer construction, Wentworth By the Sea offers a community of stunning newer homes that respect the island’s traditional beauty while providing a carefree lifestyle along with every amenity a 21st century homeowner could desire. Each luxury home is architecturally designed for comfort, efficiency and style. There are individual enclaves within the Wentworth By the Sea community with a variety of shingle style homes including detached single family, dramatic waterfront homes and luxury condominiums.  Each small enclave, with no more than 22 homes, has its own distinct personality, but also fit seamlessly as part of the larger New Castle community.

New Castle is the picture perfect community for boat lovers.  As you tour the island, the gentling tingling sounds of masts moving in the ocean breeze provides a clue that this is home for avid sailors. Boating enthusiasts know that the Piscataqua River, leading out to the Gulf of Maine, has the second fastest current in the United States. Since 1898, New Castle has been home to the picturesque Portsmouth Yacht Club with moorings on the magnificent Piscataqua River. The Wentworth By the Sea marina has 170 slips and caters to vessels from 15 to 180 feet from all over the world.

New Castle also boasts Sandy Beach which runs along the oceanfront from the Coast Guard station to the fabulous New Castle Common seaside park. With parking for residents, the recreational area is a popular year-round destination for families of all ages.  Whether you bring a picnic lunch, push a stroller or just want to sit and read by the ocean, New Castle Common and Sandy Beach are the perfect picturesque seaside settings.

Just an hour from Boston, Mass. and five minutes from the cultural splendor of downtown Portsmouth, NH, New Castle is a hidden gem that boasts the best of all worlds including the lowest property taxes in New Hampshire and no state income tax. 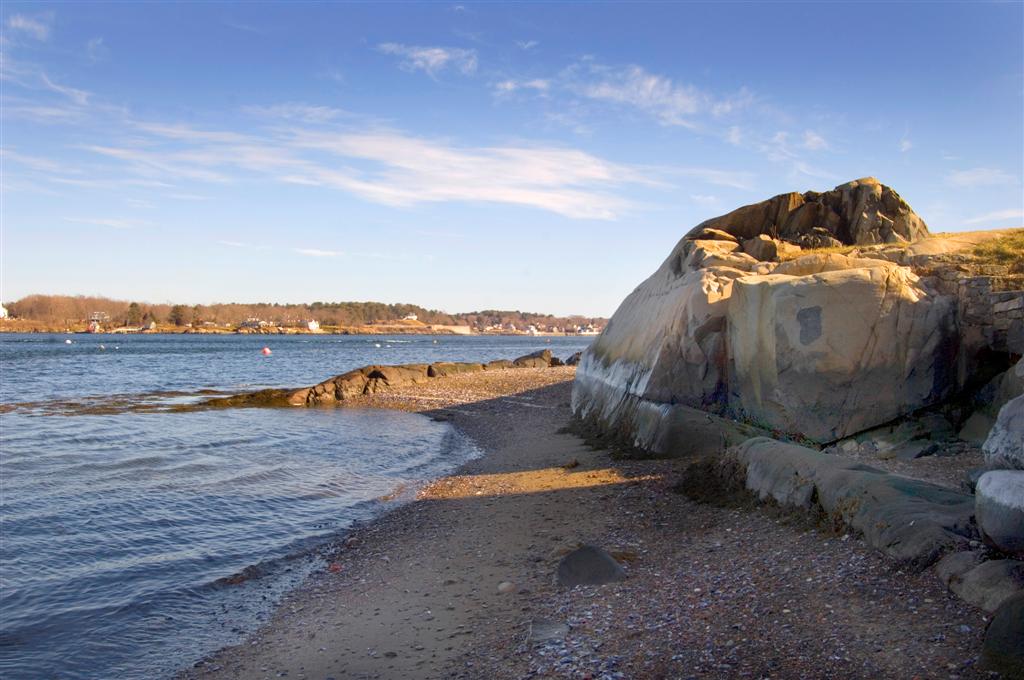